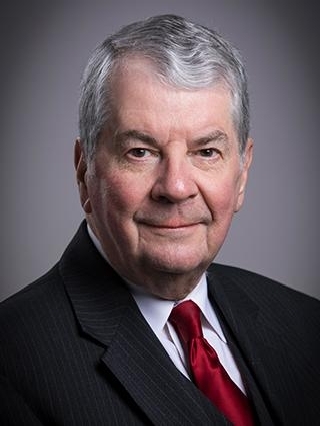 The nearly fifty year radio and television career of Bill Harris can best be summed up in the quote inscribed on the award presented to him on his induction into the prestigious “Silver Circle” by the Michigan Chapter of the National Academy of Television Arts and Sciences: Membership in the Silver Circle is recognition of your dedication to excellence and the significant contribution you have made to our industry.

Bill has also distinguished himself in the area of law enforcement with a rare perspective of someone who has been on “both sides of the fence.” While anchoring and reporting for WJRT, Bill also served as a uniformed, reserve deputy with the Genesee County Sheriff’s Department’s Paramedic Division. He is a recent graduate of the FBI Citizens Academy and has trained with numerous federal, state and local law enforcement agencies.

He continues to work closely with numerous agencies and consulting firms, including the Michigan State Police, as a media consultant and instructor and, this past August, served as the Public Information Officer for Flint’s “Back To The Bricks” Law Enforcement Task Force.